The highest Goal Scorers was a draw on 13 goals
Alice Johnson BY, Heather Scott BY and Caitlin Read KA

Western Australian Country Championships are held annually across the state by host regional associations. In 2018, Peel WP hosted the event over the long weekend in March, at Rockingham Aquatic centre.

These Championships are a fantastic opportunity for players across the regional areas to come together to fight for bragging rights for the year to come.

This year we saw the return of Busselton water polo to the competition with a dedicated men’s team. The forces from the north, Karratha, Port Hedland and Geraldton all entering in both a women’s and men’s team, whilst their southern counterparts Bunbury and Peel determined to better both their positions from the previous year held in Geraldton.

The Country Championships were privileged to host Honourable Reece Whitby at the finals on Sunday to watch reigning champions Geraldton take on a fit Bunbury side for the women’s final, in which Geraldton proved to be the Women’s Champions again for 2018. Whilst the men had a close final seeing the home side Peel take control in the last few minutes against a dominant Port Hedland team throughout the rounds.

This was Peel Water Polo Associations third time hosting the event since the championships started but their first time walking away victorious with a shield for either men’s or women’s side.

The competition in Rockhampton, QLD, was strong, but both WA teams weren’t shaken. Our men’s team, came together quickly and finished out the competition in 5th. Whilst the women proved WA is still here and still going strong walking away with a convincing 3rd place Bronze.

The talent coming out of WA Country was on show with Marko Draksimović (Peel) scoring Goalie of the Tournament also making the team to represent Australian Country in the 2018 Princess Chulabhorn Cup. Both men’s and women’s teams will compete across four days starting from November 22 in Thailand at Bangkok’s Chulabhorn Aquatic Club.

Marko wasn’t the only selection to be made for the team, with fellow teammate Jayden Horne (Bunbury), and Caitlin Read (Peel) being selected. 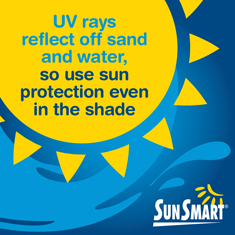